People who know the transportation industry make up ITMA’s Board of Directors. With experience in many facets of logistics and communications, the ITMA board is uniquely suited to guide the association. Please click here to see our past boards. 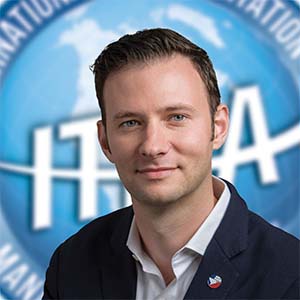 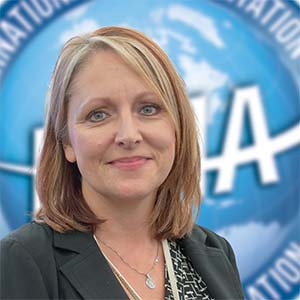 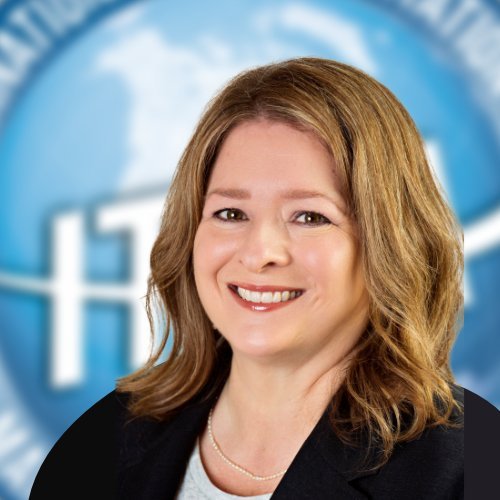 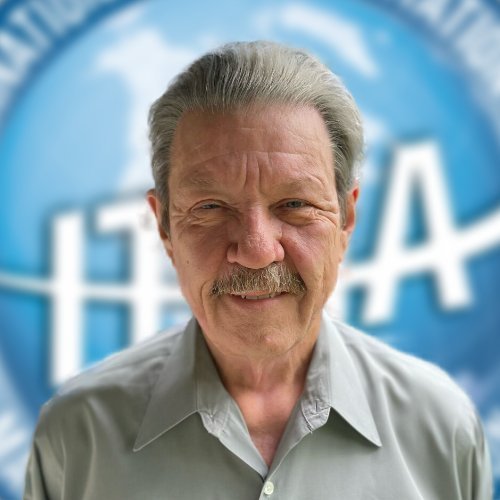 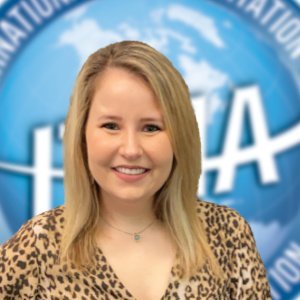 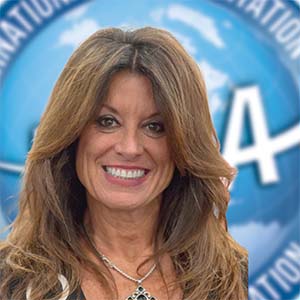 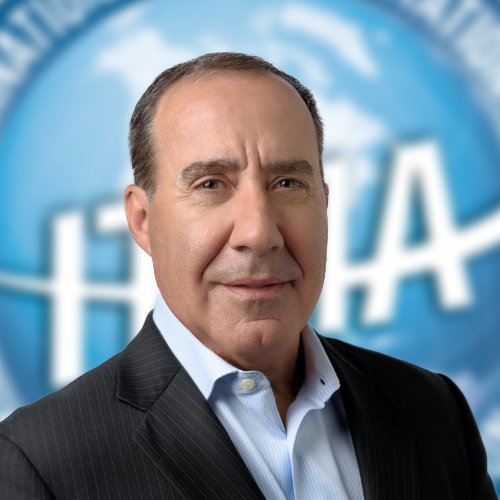 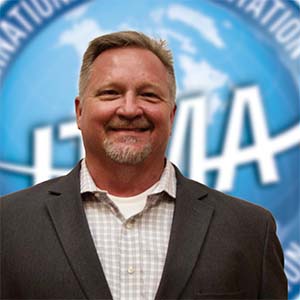 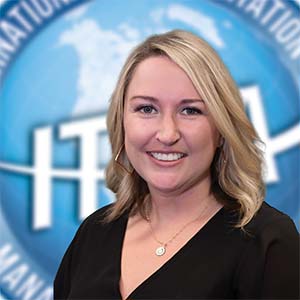 Ty has been a member of Port Houston’s Trade Development Division since January 2013.
In his current position, Reasonover is responsible for container and breakbulk business development in the Transatlantic Trade, the US East Coast, and the EMEA regions.

He graduated from Texas A&M University at Galveston, earning a Bachelor of Science in Maritime Administration. Upon graduation, he began a career in the breakbulk and project cargo industry in operations, chartering, and line management in Houston and Shanghai, China.

Ty resides in Katy, Texas with his wife and two daughters

Charis has been an integral part of the maritime industry for over 25 years. She has extensive experience as an ocean carrier, having worked with Atlantic RoRo Carriers for 13 years. In 2022, she joined UAL America as General Manager.

Christie is a Certified Insurance Counselor and the Regional Vice President for Avalon Risk Management’s Houston office. Christie joined Avalon in 2007 and has a strong background in risk management for the logistics industry.  With 20+ years of experience, her expertise includes Bonds, Cargo Insurance, and Professional liability for the logistics industry. Christie began her career at Avalon as a Senior Account Executive to help build Avalon’s sales efforts in the south.  As RVP, she continues to build strong relationships with clients and underwriters.

Christie joined the ITMA Board as Hospitality Director before her transition to Vice President, and President.

Cheryl has over thirty-five many years’ experience in the logistics industry in Houston, beginning in 1975 with Fritz Companies (now UPS) where she began in the accounting department and ended as Ocean Export Manager, General Commodities Division.

In 1980, she and other partners founded WTS of Houston, Inc. (dba WTS, a Global Logistics Company) where she was Executive Vice President and served in various capacities over the years including Operations, Finance & Accounting, and Human Resources. WTS was acquired by Agility Holdings, Inc. in April 2007 and Cheryl continued working for them until December 2008.

In September 2010, she and two other of the former owners of WTS founded Proven Logistics Solutions LLC, a company that is dedicated to providing training to the logistics industry. In addition to classroom and online offerings, they also provide custom-designed on-site training and consulting services both domestically and internationally.

In addition to serving as ITMA’s Treasurer and Board Member, she is a member of VICTORY (a branch of the American Cancer Society) where she served as a member of the Executive Board and was Treasurer of the 2012 Cattle Baron’s Ball and 2013 Treasurer of VICTORY; she was a member of the Board of the Awty International School Alumni Parents Association; served as Alumni Representative for her undergraduate college, and was a volunteer at the Veteran’s Administration Hospital. Cheryl has a Bachelor of Arts Degree from Wesleyan College, Macon, Georgia, and an MBA from the University of Houston.

LaDonna Blackwell is the Southeast Divisional Account Executive for Avalon Risk Management. Prior to joining Avalon in 2021, she spent 24 years in the transportation and logistics industry, with 20 of those years working as an International Freight Forwarder. As Director of Global Projects, she managed Russia/CIS and handled project cargo moves, charters, contracts, and projects in the Oil & Gas industry. Transitioning into the insurance area was the likely path as this experience allows her to understand the needs of Avalon’s client base on a practical level.

In addition to being active in various industry organizations, LaDonna is an Adjunct Professor of Logistics Management at Lone Star College and a Louisiana State University graduate.

Peter has been in the maritime industry for over 40 years. After graduating from Lafayette College in 1977 he started his career working in Weehawken, NJ for Seatrain Pacific Services. After completing a 3-month sales training program he began his sales career calling on customers in the World Trade Centers and the entire state of Pennsylvania.

Transferred to Chicago in the early 80’s, he continued his carrier career when OOCL purchased Seatrain Pacific Services and merged them with Manchester Liners and Dart Orient Services to make up the OOCL we know today. He was transferred to Houston in 1984 to set up offices in Houston, Dallas, and New Orleans for OOCL, as General Manager he oversaw the development of the Gulf Region for OOCL and was transferred to Long Beach, California in 1989 to manage the ILWU office staff in the West Coast offices of OOCL.

Since the early 90’s he has worked from Houston in the NVOCC, warehouse, trucking, rail, and 3PL industries in various sales capacities, with a focus on regional development. Currently, he is Director of Business Development with National Drayage Services.

Beginning in 2001 he caught the volunteer bug and began his involvement with ITMA, TCH, HTPA, and the HLSR. Pete is proud to have served on advisory boards for the University of Houston College of Technology and Lone Star College helping them design their supply chain programs.

He is a lifetime member of Delta Tau Delta and a Lifetime Committeemen with the Houston Livestock Show and Rodeo.

Pete’s prioritizes giving back to the students and young employees of today by sharing his knowledge and experiences and networking with them for their career advancement.

Sarah has been working in the maritime industry for nearly a decade, though has been involved in the industry since birth. For as long as she can remember, she was spending time down at the port with her mom, watching stevedoring operations, which is where her passion started. She began working in the stevedoring world in 2014, where she built her operational foundation, and joined Gulf Stream Marine in 2018 as a member of their business development team, where she continues to grow her passion for stevedoring and marine terminal operations.

Sarah is a proud graduate of Texas A&M University (Galveston), graduating in 2012 with her Bachelor’s Degree in Maritime Administration, and in 2013 with her Master’s Degree in Marine Resource Management. Through her years as a student, Sarah learned the importance of developing relationships with those already in the industry, thus enjoys passing along her knowledge and experience to students and those who are just starting their career.

Outside of work, her primary hobby is traveling. Whether it’s within the United States or Internationally, she is always on the look out for her next adventure. She has travelled to over a dozen countries, ranging from West Africa, to Europe, to Central America.

The Account Executive for Staff Solve/Staff Logistics was elected as membership director in 2010. Sherry brings to the board over 15 years in customer relations experience, hands-on business experience from having owned her own telecommunications company, extensive knowledge of the freight forwarding industry and strong business relationships in logistics throughout the community.

Sherry is also an active member of other state-wide and national logistics organizations.

Sherry attended The University of Monticello at Arkansas and has been a resident of Houston for over 18 years.

Paul is a 32-year veteran in the ocean carrier/forwarding business. He began his career as a boarding agent at Evergreen and spent 20 years in the container business.

For the last 10 years, he has been involved in breakbulk/project/ro/ro. He has also worked with Maersk and CP Ships on the container side. Paul opened an NVOCC with Acts Customer Brokers and worked with Expeditors on the forwarding side. He broke into the breakbulk business with the former Navex and now works in ro/ro with a stint at Hoegh Autoliners and currently with Wallenius Wilhelmsen Ocean. His primary focus is breakbulk and project cargo sales on the high heavy decks of WWO’s 130 ro/ro vessels.

Loren has been in the transportation industry for almost 40 years – working in international freight forwarding, trucking, and logistics – with a focus on customer service & sales and marketing. In 2017, he began working with FR8AGENT.

FR8AGENT wants to be your freight agent.  They believe it’s all about relationships – With their relationships around the country, FR8AGENT can provide cost-effective transportation and related services that will exceed your expectations.

Loren was born in Panama City, FL. He has family there and still vacations there yearly.  He moved to Houston and went to work in freight forwarding right out of high school. He has lived, worked, and volunteered in the Houston area ever since.

Kayla has 14+ years of experience in the logistics industry. She began working for HubTrucker in 2008 as a Logistics Consultant and transitioned into the Operations Manager overseeing the daily operations as the company grew. Her current role is business development where she excels. Kayla has played a key role in the company’s growing success over the years.

Kayla has served on the ITMA board since 2017. She started as the Membership Director, Hospitality Director, Secretary and now serves as the Special Events Director. Kayla is proud to be a part of the ITMA board and is thankful for the networking opportunities and the relationships she has built through the organization.

Kayla is involved with several associations and networking events within the logistics industry. She is also involved with charity events within her community and is serving her 7th term on the Houston Livestock Show and Rodeo committee. In her spare time, Kayla enjoys playing softball, golf, volleyball, traveling, and offshore fishing.